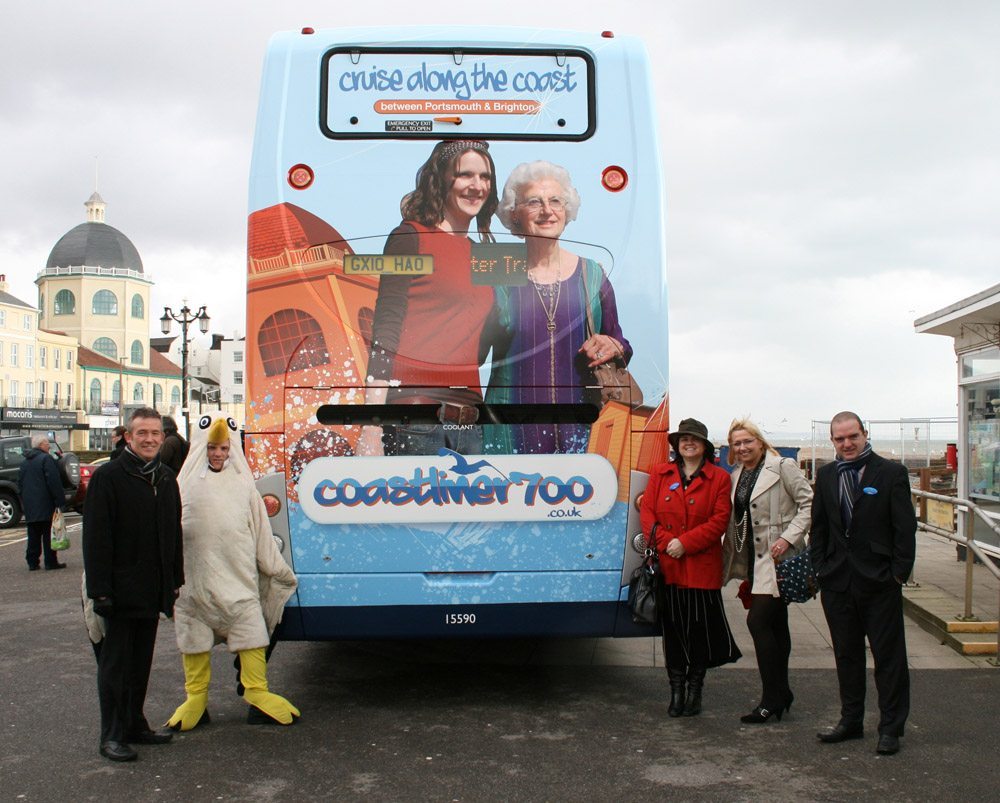 As you may know, we publish the Coastliners Magazine on behalf of Stagecoach, with our sister company Pulse.

We always work hard to ensure the cover of the magazine will not date – especially as the Coastliners magazine has a shelf-life of six months. Although this magazine ran over Christmas, we didn’t want to make the cover too Christmassy as it had to last through to March 2010.

The boss – and original Brand Doctor, Vicky Vaughan, decided it was time to unveil her hidden illustration talents and created the above masterpiece! Wow! She illustrated the Spinnaker Tower in Portsmouth and The Brighton Dome, which represented the Coastliner route from end-to-end.  The added benefit of this illustrated cover design, was that the colours Vicky chose, followed the Stagecoach South corporate identity and  branding. The cover was presented to our client, approved, then printed and is actually still in circulation now.

Not long after the magazines were printed, we received a call from Stagecoach South, who were so impressed with Vicky’s illustrations, they commissioned her to illustrate six further landmarks across the south coast in the same style as she created for the cover. 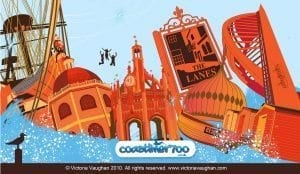 Illustrations of landmarks along the Coastliners route

We’ve been keeping this work top secret at the request of our client, until now! At last, we have been given permission to tell the world about where the landmarks would appear. As you can see in the photo above, Vicky’s illustrations were part of a design for Coastliner buses.

There are 40 buses in total which will be wrapped in this unique design, and there are four different designs:

Vicky says: “I was so proud to see the illustrations in their finished format. The illustrations took a long time, especially the HMS Victory with all it’s ropes, and the Chichester Market Cross with all the fine detail. It was so worth it, so see my illustrations printed so large. I believe these buses will be cruising across from Brighton to Portsmouth for the next few years, and I certainly won’t mind being stuck behind one of the Coastliner buses in future!”

Illustrations can be used for a number of marketing solutions

Now we have unleashed this creative talent from Queen Vic, why not consider commissioning Vicky to do one for you. Illustrations are excellent for:

Illustrations of landmarks along the Coastliners route