We never thought we would would say this, but we think it may just do that very thing in the future …

Just a few weeks ago, on Friday 29th April, a very special event took place. Not just Will & Kate’s fairytale wedding, but also an event we organised: The Broadwater Royal Wedding Picnic. Our working group had been working very hard for five months organising prizes, competitions, entertainment and so on. We discussed the advertising and decided we wanted to donate profits from the day to Broadwater Community Association and not the local press.

To begin with, we designed a Facebook page for the event using the logo and corporate ID we had created, and we developed a ‘shop‘ so we could accept donations from people wanting to gunge our local MPs and Councillors. We then embarked on a Facebook Frenzy campaign, and we Twittered into the twilight. Our social media marketing worked a treat: Our event attracted 3000 visitors, and we raised approximately £1500, most of which went to Broadwater Community Association as we didn’t waste money on advertising.

Our success didn’t end there. We recorded the gunging of Tim Loughton MP, Deputy Mayor Ann Barlow and Cllr Alan Rice, which is on You Tube, and it has now enjoyed over 2100 viewings – all from our Twittering and Facebooking. 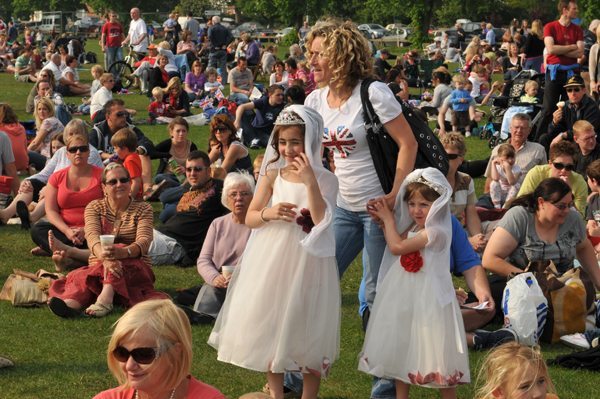 Vicky Vaughan, MD of the finest branding agency in Sussex, would like to thank everyone who worked hard to make The Broadwater Royal Wedding Picnic a huge success.